While Apple announced a lot of new products this week (and I have more about that below), I thought I would wrap things up with smaller undocumented iOS app tidbits I can’t leave unpublished. One overall theme I noticed was ATT notices in most apps as Apple has set a deadline for apps to include ATT permissions in the near future.

Uber has been working on what looks like a feature to ‘dine in’ at stadiums for their Uber Eats app. User will be able to place orders for a specific section, row, and seat which should make ordering food while watching your favorite pastime even easier. Also users can split group orders in Uber Eats now: “Invite guests to add items with a shareable link. Pay for everybody or have guests pay for their share once they’re done.”

Hailing a ride for a friend that doesn’t have a smart phone is a feature that Uber has had for sometime but now they are testing a feature to let your friend pay in cash. The app warns the user that if their friend doesn’t pay then Uber will charge the user for the ride. Uber has also been working on integrating its purchase of Autocab, a cab dispatching service. User’s can hail a cab using the app or by calling or chating with an Autocab dispatcher. This is a timely feature as ride sharing companies are having a hard time sourcing enough drivers to meet demand. Finally Uber is working on their commute partner feature: “We’ll send you a reminder so you and your commute partner stay on time.”.

Another way ride sharing companies can meet demand is by continuing their push of using self driving cars. Lyft’s self driving car division, Level 5, has been working in partnership with Ford on using Ford Focus vehicles as a test bed for their tech and now it appears they are testing it in their public facing app. When users tap on the self driving Ford Focus option they will see this image. Finally Lyft is also working on a ‘Lyft to Lot Discount’ which is perhaps a discount for using Lyft to get a ride to a rental lot at airports. 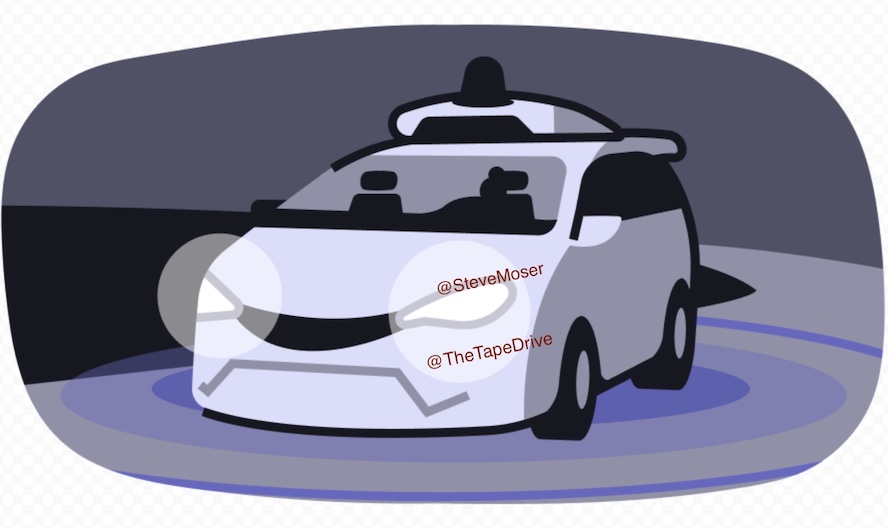 Facebook is working on allowing users to add events to their calendar. It isn’t clear if this is related to Facebook’s recently announced social audio features and partership with Spotify, code named boombox.

You saw the first images of Spotify’s Car Thing on MacRumors; digging into the code some more I also discovered that Car Thing’s codename is Superbird and it has a audio recording capabilities. The latest version of Spotify for iOS in the App Store also includes the following changes: “By supporting this creator with a monthly subscription, you’ll help them to make more episodes. You’ll get access to the full show feed, plus all bonus and exclusive episodes.”

Netflix is getting closer to launching “Downloads for You” on iOS. “We’ll download a personalized selection of movies and shows for you, so there’s always something to watch on your phone.” “Downloads for You” is currently only available on Android.

As the Clubhouse clone space heats up, Pinterest continues to work on their live classes feature since by adding a new ‘creative hours’ feature where creators can schedule live sessions and allow their followers to create reminders for when their favorite creators ‘go live’. Creators will be notified of how many followers are planning on attending. Pinterest is also working on business profiles which could be featured for a big Pinterest 2.0 launch.

Robinhood added IPO notifications to its app. It is also reminding users that recurring cypto investments are not supported but maybe this means they are considering it for the future.

Google is working on adding emoji reactions to its suite of Office style apps “You and 1 other reacted with…“. They also make users aware that they “Can’t make an encrypted file available offline” or make a copy, open them in other apps, print, preview or send a copy of encrypted files. The latest update also brings suggested replies.

Google is working on bringing its Applause tipping feature to iOS. It isn’t clear Google will take a cut or give 100% of the tips to creators like clubhouse does. Google currently takes a 30% cut of Applause tipping.

Zoom introduced a big update this week where it highlighted features like more emoji reactions. One thing Zoom didn’t highlight is that they are working on a new immersive view feature that won’t run on all devices as it warns “The host started an immersive view. Your view is modified because your device doesn’t have enough processing power to support the full experience.” It is not clear what is different about the view but it could be some sort of 360 video experience. Also Zoom is working on removing members from chat.

Finally you can check out MacRumors for more coverage of Apple’s latest iOS 14.5 RC, macOS 11.3 RC, iOS 14.6 beta 1, acOS 11.4 beta 1 updates. I’ll be sharing my thoughts of the event shortly but until then check out some the new copy for AirTags, eArc and color calibration support on Apple TV.