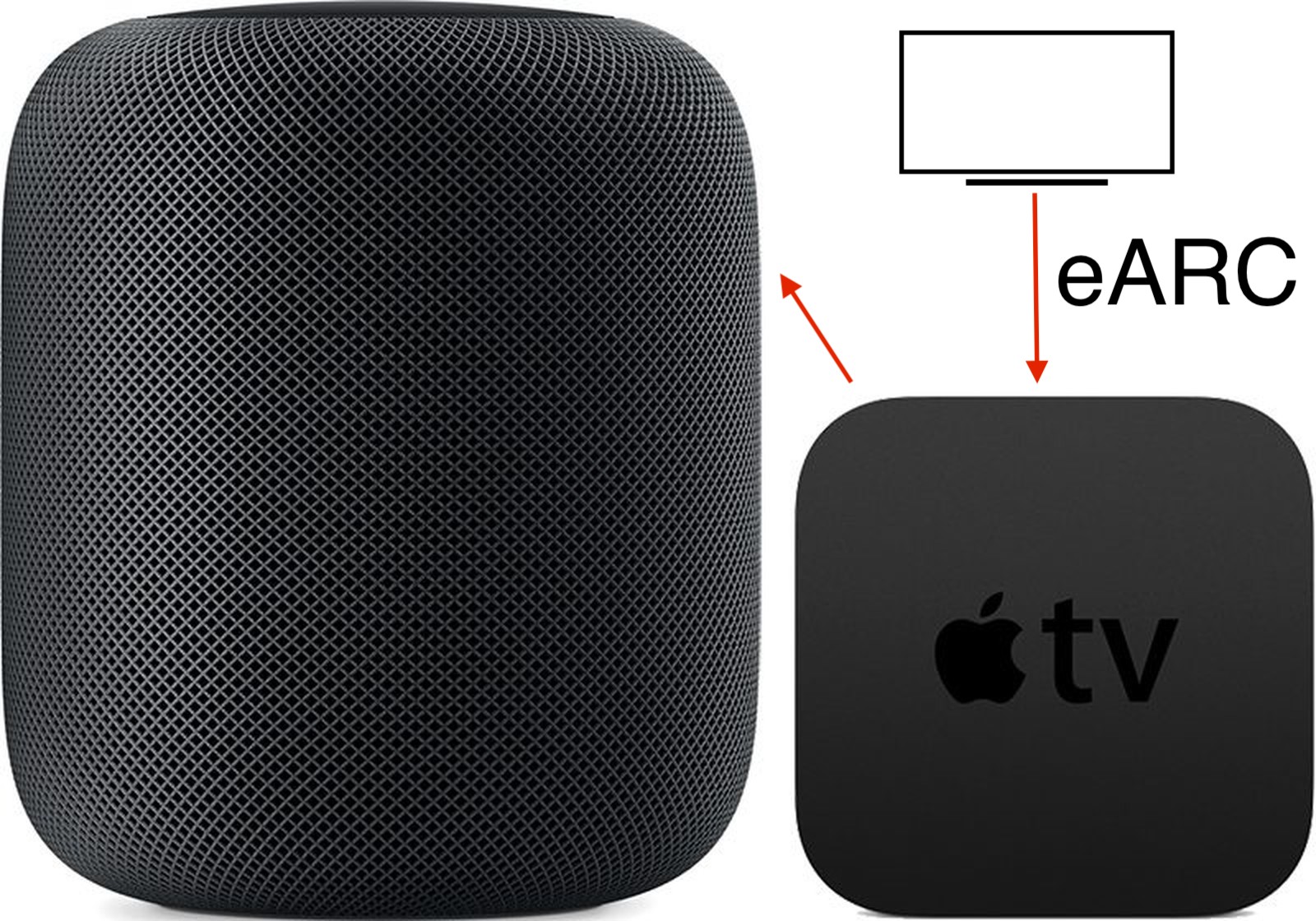 Code found in tvOS 14.5 RC indicates that Apple is working on eARC and ARC support for the newly announced 2021 Apple TV 4K (second gen). The feature is labeled as being in beta in tvOS 14.5 RC and tvOS 14.6 beta 1. ARC (Audio Return Channel) is a feature of HDMI 1.4 so that users can send audio and video to their tv from a set top box or their smart tv and passthrough the audio through an HDMI port (instead of an optical cable) to a receiver or sound bar. ARC also lets users send volume and mute commands from their set top boxes to their receiver or sound bar. eARC or enhanced Audio Return Channel builds on the features of ARC by adding support for sending higher bandwidth audio such as Dolby Atmos, uncompressed 5.1, and 7.1 surround sound to receivers and sounds bars along with support for Lip Sync Correction.

Though oddly Home Theater setup, a feature introduced back in November in tvOS 14.2, only supports the discontinued HomePod and not the HomePod mini. This could be a sign that Apple is working on support for a replacement for the HomePod or home theater setup is coming to HomePod mini soon. Or this could be related to the report by Mark Gurman on Bloomberg that Apple is working on an Apple TV with an integrated speaker.