Samsung is working on a new mysterious device known as Luxo. The white cylinder device on what appears to be a rotating stand has ventilation holes and plus and minus buttons in the middle. The Luxo work mark uses a san serif font and the luxo logo features two overlapping circles. Could this be a new smart speaker or air purifier? I believe this new device is a rotating lifestyle projector given that Lux is the SI unit of illuminance. Luxo might join similar Samsung display products such as the Frame and Sero TVs. 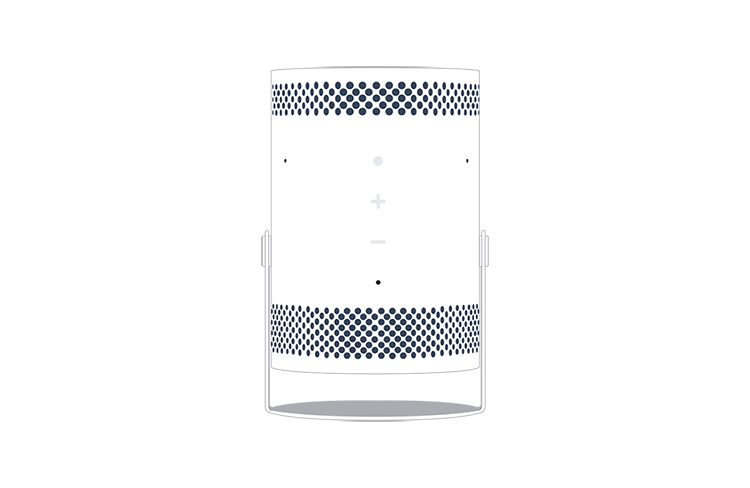 Samsung is also working on phone related features for its new line of Micro LED TVs, Smart Monitors, and Lifestyle projectors. When a phone is paired to a new Samsung Micro LED TV it can automatically turn on Ambient mode on the tv when the phone is nearby. There is also a new feature where users can create a color themed background for their TV by taking a photo of the Mirco LED TV in the user’s room.